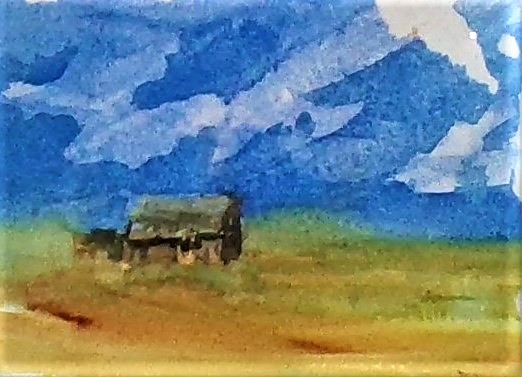 Wind is home to me. I grew up in Kansas, where there is not much to stop it from blowing across the plains and fields. The occasional ancient cottonwood standing in defiance, bends northward, as the winds blow from the south during growing season there. Kansas was the Sioux word for "People of the south wind".

I remember reading about the pioneer women on the Santa Fe trail. They would go "wind crazy" out on the open plains. Just lose their minds and start screaming and crying from the constant sound and fight against the wind. The flapping canvas on the wagons, the howling at night and the incessant struggle against the wind during the day. I can't say I blame them.

And with the wind, many times came the fear of nature's most powerful foes- wildfires, tornadoes, and blinding blizzards sweeping across the prairies.

Wind is a friend and a foe. Those lone trees and old homesteads on the prairie have survived lightening, fire, tornadoes and ice storms. They have grown in spite of it, and sent their roots deep and wide to stabilize themselves in the midst of mother natures fury. They have battle scars to show it, nevertheless, they remain, a tribute to survival.